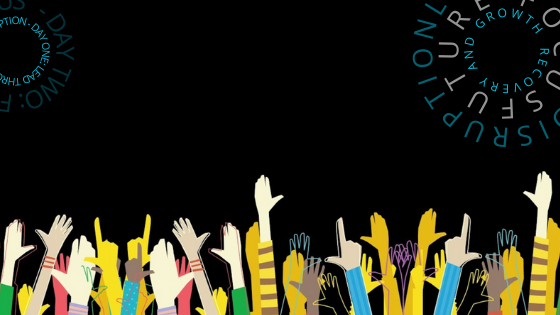 Aside from the pandemic, society has faced multiple seismic shifts in the fabric of society as we entered the 2020s. From Black Lives Matter to the “Me Too” movement, “diversity” and “inclusion” have become the buzzwords of the new decade. So how can organisations be seen to be taking the issue of workplace diversity, inclusion, equity and belonging seriously as opposed to jumping on the social activism bandwagon?

What does the term “diversity” mean to you?

Brandie: When I think of diversity, I think it is important to think holistically. This includes both visible and invisible facets of what makes us all unique. The term “diversity” includes everything from gender, race, ethnicity, neurodiversity, disability, mental health and wellbeing, parental status, age, nationality, culture, intersectionality, religion and beliefs, to socioeconomic status. In essence, it is all aspects of everyday life for all of us - it makes us who we are. We now all understand a little more about some aspect of diversity in recent years. So the question is now, what do we as organisations want to do about the “diversity” question?

Steve: To me, diversity is about really acknowledging and understanding that people experience the world differently from how you personally experience it. The Royal Navy remains a relatively homogenous organisation, made up of predominantly white heterosexual men. When I have spoken to female officers, I was enlightened to the fact that their experiences within the organisation were very different to mine. As a leader, if you do not understand how people in your team experience things differently, you cannot lead them properly. Therefore, as leaders, we have a duty to embrace diversity so people can reach their potential.

A recent McKinsey report has found that women tend to fall behind men when it comes to the first step of career progression, the step from entry-level to manager, why do you think that is?

Abigail: At Stella McCartney, our workforce is made up of around 70% women; with around 60% of senior positions occupied by women. A key reason why we have achieved such a high level of female inclusivity is that our owner and founder is a woman. There is a role model for younger women in our organisation, and that enables women to see themselves at a leadership level. This is why representation is so important for workplace diversity. If you can see it, then you believe it is possible.

Ann: So much of your career is determined by how it starts. These formative years mould your self-perception and how you think. The path of career acceleration diverges between those people who are empowered with a sense of self-advocacy and those without. This affects all areas of diversity. Companies are still heavily influenced by the “halo effect” to bring in good managers rather than creating them internally which amplifies this divergence.

When it comes to getting underrepresented people into leadership positions, do you think there has been a problem with companies “virtue signalling”?

Brandie: Yes, until we get into a space where diversity is woven into the fabric of organisations and we all genuinely believe that we are strengthened by our differences. We cannot declare “mission accomplished” when one milestone is reached as there are many aspects to diversity. We need to rethink and rebalance organisational diversity, and recent events in the past year have produced the “ouch” moment that is necessary to do that.

Steve: I find the term “virtue signalling” quite toxic. We need to make different choices for a different outcome. We have to take positive action to tackle structural barriers and level the playing field so that the underrepresented are supported by a system in a way that current systems favour people with certain characteristics; mainly that of being white and a male. So we need to reframe the conversation on positive action and “virtue signalling”.

Abigail: We need to talk more about accountability. We can have the best talent acquisition strategy, but unless people are retained we are not going to reach the diversity that we need. There are many factors to ensure that organisations are held accountable and therefore not “virtue signalling” in their diversity initiatives. Companies need to employ the right tools to design the culture and strategy, listen to their people, and create a safe culture where people can share their lived experience. Rewarding and recognising those behaviours will help create that culture of diversity in the long term.

How do you foster a culture of belonging in an organisation?

Abigail: It comes down to building a connection. Leaders need to be empathetic and actively listening. As both leaders and individuals, a safe space is needed so people can be themselves and be vulnerable to build a wider sense of belonging and connection to others.

Brandie: The way I see it, belonging is the bedrock of diversity and inclusion. All organisations need to make people feel heard, to make people feel like it’s ok to speak out and say how we feel. It is not a subset of strategy, it should be an integral part of the fabric of every organisation. There is also a need for greater visibility. You cannot be what you cannot see, and this includes invisible diversity. Making sure everyone in the organisation can see someone in leadership positions that look like them is so important.

What is the number one action to drive positive change in organisational diversity and inclusion?

Ann: For an organisation to be genuinely diverse and inclusive, it needs to be visible. We talk of virtue signalling, but the signalling part is important. The signalling gets attention and gets recognised, and allows us to reward and punish behaviour. We should be able to recognise diversity and make it part of everyday conversation.

Abigail: Organisations need to move away from generic diversity and inclusion surveys and towards real conversations. Be more specific in your employee conversations, ask people how included they feel, if they feel a sense of belonging. Then you can create a culture of belonging because you are genuinely listening.

Steve: The number one action is to not assume that everyone experiences the organisation and team the same way you do. We all need the humility to listen and then apply that knowledge by embedding it within the organisational culture.

Brandie: It is about leaving a legacy. Wise people connect the dots and realise that what I do today will impact tomorrow. So ask yourselves, what story do I want to tell? What part do I want to play in that story? One day, diversity won’t just be a topic but a story with key players. So we need to ask ourselves, are we going to be the heroes of that story?

Zykinder is the Content and Conference Producer at Nimbus Ninety. She explores new and emerging trends in the business and tech world, and creates engaging events for our community of disruptive leaders.