The Anatomy of a Disruptor 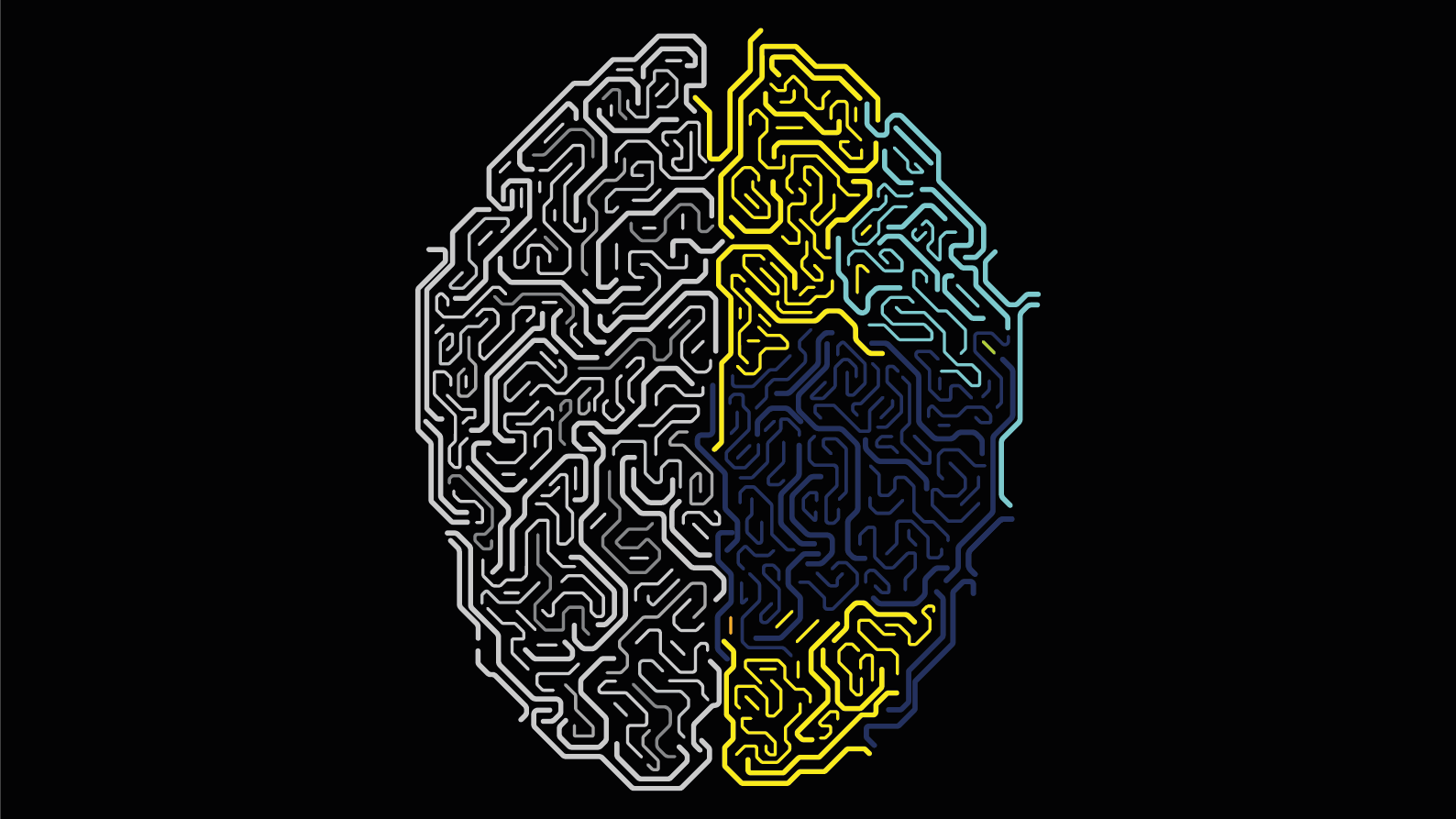 A few years ago, we interviewed Ricky Knox, the founder of Tandem Bank, right when fintechs and challenger banks were really taking off. Ricky himself seemed to embody the disruption that was rippling through the industry. He was bombastic, unapologetic and had a message for the incumbents: “we’ll be eating your lunch.”

Banking is an industry that emulates the classic definition of disruption. With digital technology streamlining the user experience, transforming operations and somehow making the who-you-bank-with debate trendy (who can resist the aesthetic of a neon orange bank card?), consumer choice is made easy.

Since we spoke to Ricky, digital-only banking has grown: only 9% of Brits had an account with a challenger bank in 2019, but this percentage grew to 27% in 2022. In London, this number has risen to 40% so far this year. But it’s not just about market share. What else should we know about industry disruptors and how they think?

As we collectively move through the most disruptive period in living memory, no business - whether big or small, digitally mature or otherwise - has been untouched by unpredictability. As organisations grapple with monumental change and fight to survive and thrive, we wanted to take a closer look at what it means to be a disruptive organisation in today’s world – in finance and beyond.

Download our 2022 Disruptive Trends Report to get the headline insights on what we can learn from disruptors in 2022.

Over the last five years, we’ve seen the number of disruptors in the Nimbus Ninety community grow. More and more respondents are likely to characterise themselves as disruptors – which we have defined as organisations that set trends and break the mould. This is in contrast to proactive defenders and reactive defenders, which are the organisations that we define as reacting proactively or reactively to disruption. Between 2018 and 2022, the percentage of respondents describing their place of work as a disruptor has increased by 21%. (Fig. 1)

Figure 1: A year-on-year comparison of organisations' approach to change 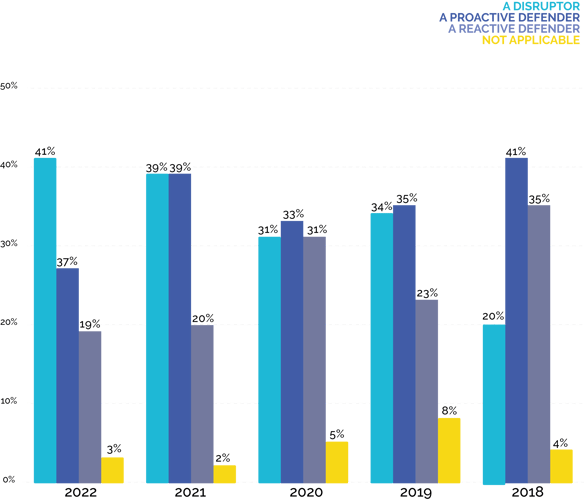 We also found that respondents in sales-oriented roles were more likely to have described their organisation as a disruptor, rather than proactive defenders and reactive defenders. This raises an interesting point about perspectives: it could be that individuals in roles focused on growth are more involved with the disruptive elements of business and therefore more likely to perceive their organisation as a whole as disruptive. (Fig. 2)

Figure 2: What are your job remits? (Product, Sales and Marketing only)

Disruptive organisations transcend specific industries but with almost a third of self-reported disruptors coming from the technology industry, it is clear that the sector continues to dominate disruption. (Fig. 3)

Figure 3: Which best describes your industry? (disruptors vs. overall) 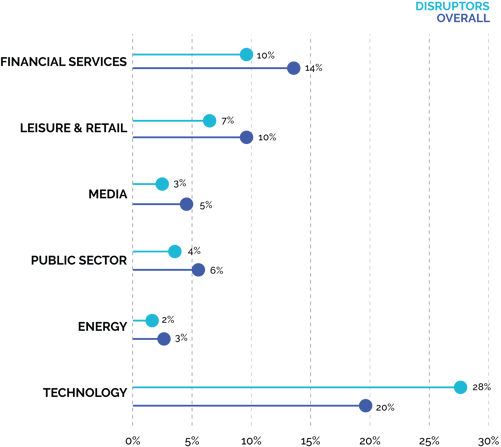 Disruptors’ propensity to be digital-first certainly seems to be bearing fruit when it comes to business development. Nearly twice as many disruptors (43%) strongly agree with the statement, “our digital capability has allowed us to develop new products and revenue streams”, compared to reactive defenders (12%). (Fig. 4) This suggests that disruptors are utilising their digital advancements to not only improve internal operations but also to disrupt marketplaces with new digital enabled products and services.

Figure 4: "Our digital capability has allowed us to develop new products and revenue streams." (disruptors & defenders)

Disruptors are also investing more heavily in the technologies that are considered to be more disruptive, such as machine learning and augmented reality. This is in contrast to defenders who are more focused on building block technologies such as cloud and digital platforms. Cloud investment for disruptors have been declining over the last few years, suggesting that disruptors have completed their cloud migrations and are now investing in the technologies that can augment their operations.

Disruptors’ ability to develop new products and revenue streams is not down to technology alone - cultural factors are also key. A far higher number of disruptors strongly agreed with the statement, “my organisation has a strong culture of iteration”.

Figure 5: "We are more open-minded when it comes to experimentation". (disruptors and defenders)

Figure 6: "My organisation learns from failures effectively." (disruptors and defenders)

But what can industry incumbents learn from industry disruptors? A combination of openness to failure, more radical tech investment strategies and a boldness towards experimentation are topping the list for business leaders today.

And they better get moving… or the disruptors will be eating their lunch.

Download our 2022 Disruptive Trends Report to discover the other headline trends that are impacting your industry this year.

Want to learn more? Check out our other content here.

Shammah is the Senior Editor at Nimbus Ninety. She tracks down the most exciting stories in business and tech, produces the content and gets to chat with the biggest innovators of the moment at Chief Disruptor LIVE.