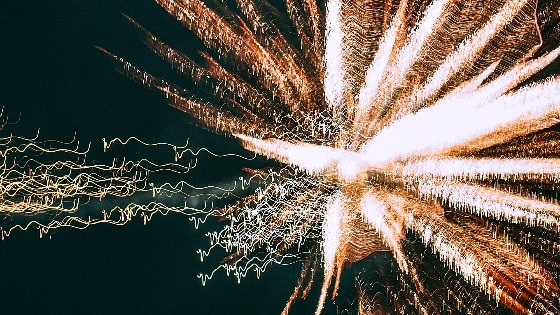 On a bleary January morning, my phone pinged with urgency. It was telling me that an army of amateur investors, captained by subreddit r/WallStreetBets, had collectively spiked the stock price of GameStop against the predictions of downturn from Wall Street hedge fund managers. The battle that ensued gripped the global imagination with somewhat of an underdog story, but what underpins this narrative is the power of perception to rapidly transform the value of something.

GameStop is not a disruptor - quite the opposite - but perceptions around it sparked change quickly. When it comes to disruptors (whether that be individuals, organisations or technologies), perception has a huge impact on how that disruptor/disruption plays out. The essence of disruption is the perceived potential of change but uncertainty as to how it will happen.

As tech commentator Benedict Evans asked in 2018, “we hear that Tesla is ‘the new iPhone’ - what would that mean?... How do we think about whether something is disruptive? If it is, who exactly gets disrupted? And does that disruption mean that one company wins in the new world? Which one?”

It is very hard to judge how a disruption will pan out until perceptions of it become clear and its adoption becomes mainstream. Everett Rogers articulated in his diffusion of innovations theory that the adoption of new technologies is always staggered. Driven first by innovators and early adopters, by the time it hits the majority and laggards, the market share of the new innovation has already hit 50%.

Indeed, there is no mistaking the certain, glamorous mystery that surrounds new disruptions in those early stages - whether they be technologies or organisations. The expectation surrounding technologies such as artificial intelligence can often be traced by the media buzz around them. As Elon Musk tweeted early last year, “using AI to solve self-driving isn’t just icing on the cake, it is the cake.”

THE ANATOMY OF DISRUPTIVE TECHNOLOGIES

For Alphabet and Google’s former executive chairman, Eric Schmidt, picking out the disruptive technologies is about understanding impact: “It’s not just about the technologies that are interesting, because there are so many that are interesting. You want to look at which ones have a chance of having a volume impact on many, many people, or large segments of the society.”

Every year, we ask over 300 business leaders which technologies have the most potential to change their industry. This year, the list was topped by machine learning, digital ecosystems and automation. Cloud also jumped substantially in its disruptive ratings this year in comparison to last year, as organisations realise the digital capability and resilience that cloud unlocks, driven in no small part by remote working. What we are witnessing with cloud could be described as an “evolutionary innovation”.

Instead, we see organisations invest in the building block technologies like infrastructure and cloud - the technologies that are fundamental to supporting the business processes. These technologies are less about transforming how we do things and more about doing things better, faster, more efficiently, more accurately.

As we see consistently in innovation theories and in how market competition pans out, the winnings for companies that leverage disruptive technologies early are huge. Yet, organisations consistently struggle to invest in those areas. As technological progression accelerates, business leaders could be capping their organisation’s potential by not leading on the adoption of new technologies. But what is holding them back?

Like with anything, there is an adoption curve - there are the visionaries who lead the way, and then the majority and the laggards who follow. Adopting new technologies requires vision, the right skills and complete buy-in across the organisation - and in many scenarios, these aspects are very much intertwined.

In 2014, a research team from the universities of Yale, Columbia and Lahore ran an experiment with football producers in Pakistan to investigate technology adoption across organisations.7 The team invented a new technology that would reduce the waste of the raw material and allocated the technology to a random subset of producers. But after 15 months, take-up remained low due to lack of incentive for key workers to reduce waste, especially when the technology required to do so initially slowed down production rather than speeding it up. The culture point is significant here: if incentives from the top of the organisation are misaligned with those in the lower echelons, adoption throughout the organisation will never succeed.

However, many organisations fail before they can even get to driving adoption and buy-in across the organisation. Change management is required to drive successful implementation of disruptive technologies. Recent research shows that, despite artificial intelligence and machine learning topping the disruptive rankings year after year, over half (51%) of business leaders in the UK do not have an AI strategy in place. Similarly, according to our Digital Trends Report 2021, 25% of business leaders are either still developing a digital strategy or do not have one in place at all.

Download our Digital Trends Report 2021 for the headline insights that will illuminate your path ahead.

Shammah is the Senior Editor at Nimbus Ninety. She tracks down the most exciting stories in business and tech, produces the content and gets to chat with the biggest innovators of the moment at Chief Disruptor LIVE.